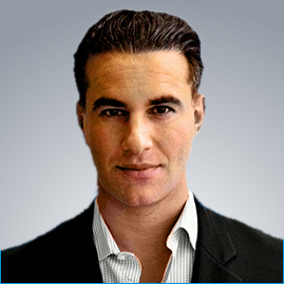 Adam Dayan is a native of Chicago, Illinois. After graduating with a BA from the University of Wisconsin, Madison, he attended and received his law degree from Chicago Kent College of Law in 2001. In 2002, Mr. Dayan joined the law firm formerly known as Harris Kessler and Goldstein where he practiced real estate and banking law. In early 2004 Mr. Dayan founded and was President and CEO of Pan American Mortgage, LLC, a nationwide mortgage company. After merging Pan American Mortgage with Pan American Bank, an Illinois State Chartered Bank, he served as a Director for Pan American Bank from 2005 through early 2010. Since beginning his career, Mr. Dayan has had a clear and defined mission: to assist consumers with their legal needs and/or debt relief matters as well as to provide access to working capital for small businesses throughout the United States.

In early 2010 Mr. Dayan co-founded Community Tax, LLC (www.communitytax.com) a nationwide full service tax defense company which is instrumental in resolving federal and state tax debt for thousands of clients across the country. Community Tax is among the largest and most recognized tax defense and tax preparation firms in the country and is well recognized by its peers as an industry leader. Community Tax, together with its team of attorney practitioners, enrolled agents and CPA’S, prides itself on delivering a superior service and extraordinary results which set the bar for the tax industry to follow.

In early 2010 Mr. Dayan founded and currently serves as President of Consumer Law Group, LLC (“CLG”) (www.consumerlaw.com) an Illinois based law firm which represents its clients in matters ranging from Immigration Law, Criminal Law, Employment/Labor Law, Family Law, Bankruptcy Law and Foreclosure Litigation. CLG is a consumer service based law firm whose core mission is to advance the interests of the Consumer through any and all legal means possible.

Having a long-term affiliation and intimate involvement with an FDIC insured banking institution, Dayan came to recognize some of the shortcomings of commercial banking, specifically as it relates to the small business. With this in mind, in late 2013 Mr. Dayan co-founded and currently serves and Chairman and CEO of National Funding Group, LLC (“NFG”) (www.natfg.com). NFG provides access to working capital and small business loans for companies throughout the United States. NFG was created with the purpose of helping business owners obtain the financing needed to help maintain and grow one’s business without the lengthy and burdensome application process typically associated with a traditional bank loan. Mr. Dayan’s core mission at NFG is clear: to provide access to capital for those businesses that otherwise struggle to obtain it through traditional banking means and/or to those that simply have an immediate need for capital and cannot withstand the lengthy delays often times associated with a traditional bank.