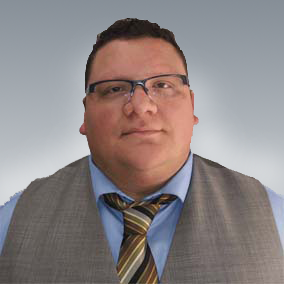 Andy Ybarra is a trial attorney and litigator for both criminal and civil matters. He is licensed to practice law in the State of Illinois, the U.S. District Court for the Northern District of Illinois, and a member of the Federal Trial Bar. Additionally, attorney Ybarra has experience in Immigration court and immigration matters, which he values since he is the proud product of two immigrant parents himself.

Andy attended Illinois State University, where he completed his bachelors degree in politics and government. He received his masters degree in Political Science from Northeastern Illinois University. He then attended law school at Hamline University in Saint Paul, Minnesota where he completed his juris doctorate. Upon graduation, Ybarra became a member of the Illinois bar in November 2008. Andy was born and raised in Chicago and then the suburbs, he loves practicing law in the Chicagoland area.

Attorney Ybarra has over 10 years of experience and has handled hundreds, if not thousands of matters. As a criminal defense attorney, he has handled matters such as first-degree murder, attempted murder, driving under the influence, drug possession and distribution, battery, assault, unlawful use of a weapon, to simple petty traffic offenses. As a civil litigation attorney, Ybarra has worked on cases involving breach of contract, personal injury and property damage torts, consumer fraud, mortgage foreclosure, evictions, suits for partition, administrative hearings, and real estate closings.

Aside from being an attorney, Andy has ran and been elected twice as trustee for the Village of Franklin Park, his current term runs until May, 2021. As a trustee, Andy oversees a multi-million dollar budget, is head of the Streets and Fleet committee for the Village, and votes on all matters involving the municipality. Prior to that, he was elected as member of the Library board. Ybarra enjoys being able to help people in his dual role as an attorney and as an elected official.